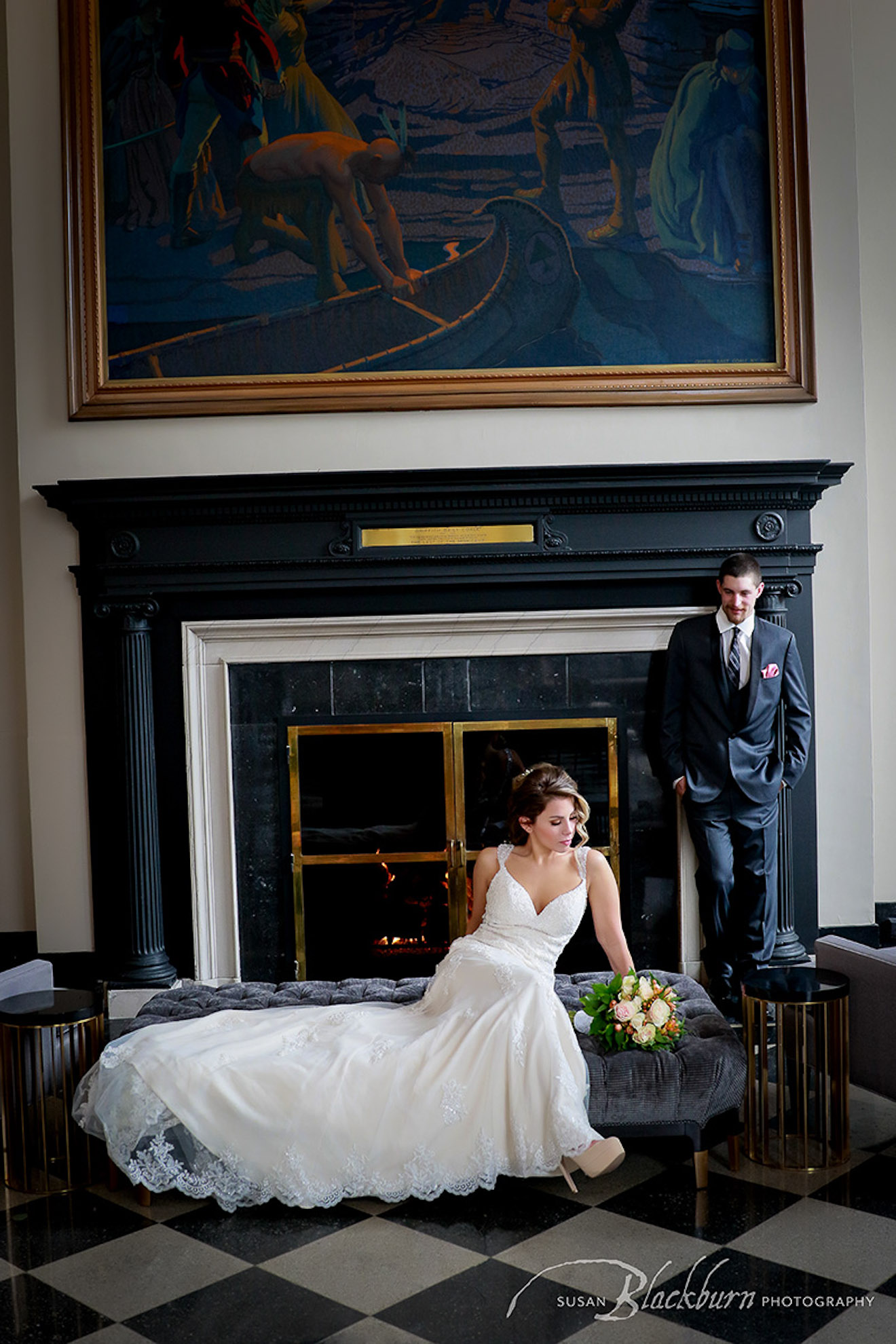 I have been a Wedding Photographer in Saratoga Springs NY for a long time.

Many times I am at a bridal show, and I will have someone tell me, “A professional Photographer is just out of our budget. We decided to have our friend/uncle/neighbor photograph our wedding.” I have learned to just take a deep breath, smile, and say, “That is great. Have a great day.” Inside I am dying because nine times out of ten, that scenario is a disaster.

Truth:  You Can’t Afford To NOT Hire a Professional Wedding Photographer

I know this because I have had countless unhappy brides come to me after the fact asking me if I can “fix” the problems created by these “helpful” friends and family members. Almost all of the time, the problems are not “fixable.” Especially if the photos have not even been created.

First of all, I will address the large elephant in the room–having your photographs created by a professional photographer is not cheap.  It can be really tempting to save a couple bucks here. You can conservatively expect to pay at least around $4000 to have someone photograph your wedding all day, get an nice album, etc. But please keep in mind that out of all the items you will be spending your hard earned dollars on, the photographs are the things that last.

Over the years I have heard every variation of the friend scenario, so I will combine them to give you an overall view of what can and does go wrong.

The Hire A Friend Scenario

Let’s pretend your friend John is going to shoot your wedding. Let’s pretend he even has some top of the line gear because he is into photography and has some disposable income. He has a great camera body, a wide angle telephoto and something like the 70–200 mm to zoom in from far away. He also has a nice flash.  WARNING:  You should know he only has one of everything–no back up equipment in case something breaks.

John begins at the location where the bride is getting ready. He has his camera set in “P” mode because he does not really understand the other modes on his camera. He takes some detail pictures of the shoes, invitation, etc. that look pretty cool. He realizes while the bride is getting her makeup on that he left his wide angle lens in the car along with his flash and the room is tiny and dark–oh no! He needs to go out to the car and get the rest of his gear.

By the time he makes it back in, changes the lens and puts the flash on, the bride has her veil on and the make up is done. Missed those shots. John tries to corral the bridesmaids for some group
pictures. However, they are not really paying any attention to him because he is just John–everyone’s friend, not a paid professional. John gives up trying to get a group shot because he figures he can do it after the ceremony anyway.

He gets a couple shots of the bride alone, but only takes a few. Later on he realizes the bride’s eyes are closed in most of them because she is what we in the wedding photography business call a “blinker.” He has one usable shot of the bride alone. And that shot is poorly composed and lit because he does not understand portrait posing or lighting. He has inadvertently made the bride look 15 lbs heavier than she is because she is straight on to the camera in a solid white dress. The detail in the dress is lost because he placed her in direct sunlight–you can’t see the detail of the lace on the $5000 Vera Wang dress. She also has “raccoon eyes” because she is outside in direct sun, and he does not know how to properly use fill flash. There is an unsightly shed in the background and the wash line in the neighbors yard is growing out of the bride’s head.

Now John heads over to the ceremony location. He takes a couple shots of the groom and the groom’s friends. He does not realize, because his camera is in “P” mode and he does not understand exposure compensation or how to spot meter, that everything he just shot is WAY over exposed because the guys’ suits are dark and the camera is too dumb to know that it should be properly exposing for skin tone, not the overall scene.  Again, he shoots a few pictures, but does not take very many because he figures he has enough. Uh oh–the bride’s brother is a “blinker” too! No usable shots of the guys together.

While he is taking the pictures of the groomsmen, the limo arrives.  John misses capturing this because he does not have an assistant to tell him the bride has arrived. So he misses the bride’s Dad helping her out of the limo and into the church. He misses Dad getting all misty at the back of the church with his little girl. He takes a couple shots of the bride coming down the aisle–which are out of focus. Some of them are also either over or under exposed because of the other guests’ camera flashes–it is a true paparazzi moment.

During the ceremony, he realizes he needs the 70-200 lens because he is not allowed on or near the altar. But he forgot it in his car. So he goes out to the car to get it–and misses the ring exchange. He does not think to get any pictures of the people in the pews–like the mom and grandma crying, or the cute niece with the floral wreath on her head. He does get the kiss–Yay.  Coming down the aisle–again, out of focus, guest flashes, etc.

Time for family pictures–only no one wants to listen to John because he is just the friend/relative/neighbor and no one is taking him seriously.  Finally after 20 minutes he manages to get a big group picture. Again, he is outside in bright sun.  No one looks good because he has just allowed them to stand wherever and however they want. Everyone just wants to be done, including John. Oh no–no more time left because the limo needs to get the bride and groom to the reception! He still has not taken pictures of the bride and groom alone. He figures he will do this when they get to the reception venue.

But wait! When they get to the venue, the banquet manager grabs the couple and takes them into the bridal suite because they are already running late. So John decides to go to cocktail hour and grab some pictures there. Some of them are pretty artistic, like the pictures of people stuffing food in their faces. John also has a cocktail.  Or three. Time for the Bride and Groom to be introduced–Yay! Only like at the church, these are poorly exposed and many are out of focus. He gets a couple good shots of the First Dance and the Toast.

John sits down to dinner and has a glass of wine because after all, he has been working for about five hours at this point and needs a break. He unwinds and starts to have a fabulous time. So fabulous that he is dancing, drinking, hanging out, and generally forgetting he needs to be documenting the reception, not LIVING it. At the end of the night the couple leaves for the honeymoon.

John goes home and downloads everything to his computer. He even does the right thing and backs up onto an external hard drive.  This is when he discovers most of the pictures that are over or underexposed and are beyond saving. He also thought he had way more images than he actually does.  He thinks the Bride and Groom won’t notice–that is what he hopes. Our Bride and Groom get back from the honeymoon. Everyone has been telling them how great the wedding was–best wedding they ever attended, blah, blah, blah. They cannot wait to see the images. The ones friends have posted on social media are not so great,  John has a way better camera, right?

John gives them the flash drive with their images. A quarter of the way through viewing the images, they are looking at each other like, “WTF?! Where are the pictures of the bride with her bridesmaids? How come there is only one picture of the Bride with her eyes open and it kind of, well, SUCKS?! Did she really look that fat?! Why does the ceremony go from one picture of the bride coming down the aisle to the kiss on the altar with nothing in between? Wait–there are no pictures of the Bride and Groom alone together?! The reception only has some cocktail hour pictures, the First Dance and the Toast. What about the conga line, the Cake Cutting, the Dessert Table, etc.  Didn’t they specifically ask John to get a photo of the Sparkler Exit?!

The Tragic End Of A Friendship

OK, this is a little extreme, but you get the point. This is a compilation of events that we have heard about over the years, and it makes us sad every time we hear them. It takes more than great gear to get great wedding pictures. It takes experience and knowledge to be comfortable with your gear in an ever changing environment. It takes back up equipment in case anything breaks.  Even more, one needs the experience and knowledge to deal with a complex, emotional human event. It also takes creativity and artistry to create beautiful images.  Keep in mind that while you can always order albums and large prints at a later date, if beautiful images are not created in the first place, it really does not matter.

Moral of the Story:  Hire a Professional Wedding Photographer!

Disclaimer–While the events depicted here are all true, the names have been changed to protect the innocent. So if your name is John and you screwed up your best friend’s wedding, we are in no way talking about you. Really. If you are interested in what to look for when hiring a professional Wedding Photographer in Saratoga Springs, please read our FAQs for Hiring a Wedding Photographer. If you are interested in commissioning us to photograph your upcoming wedding, please call 518.584.4237 to schedule a consultation. 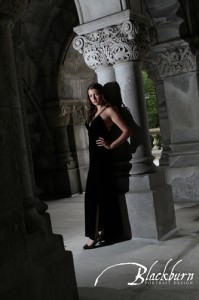 Can You Do the “Drape” Shot? | High School Senior Portraits Saratoga 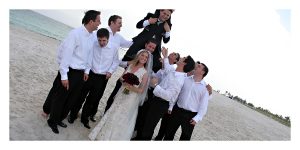